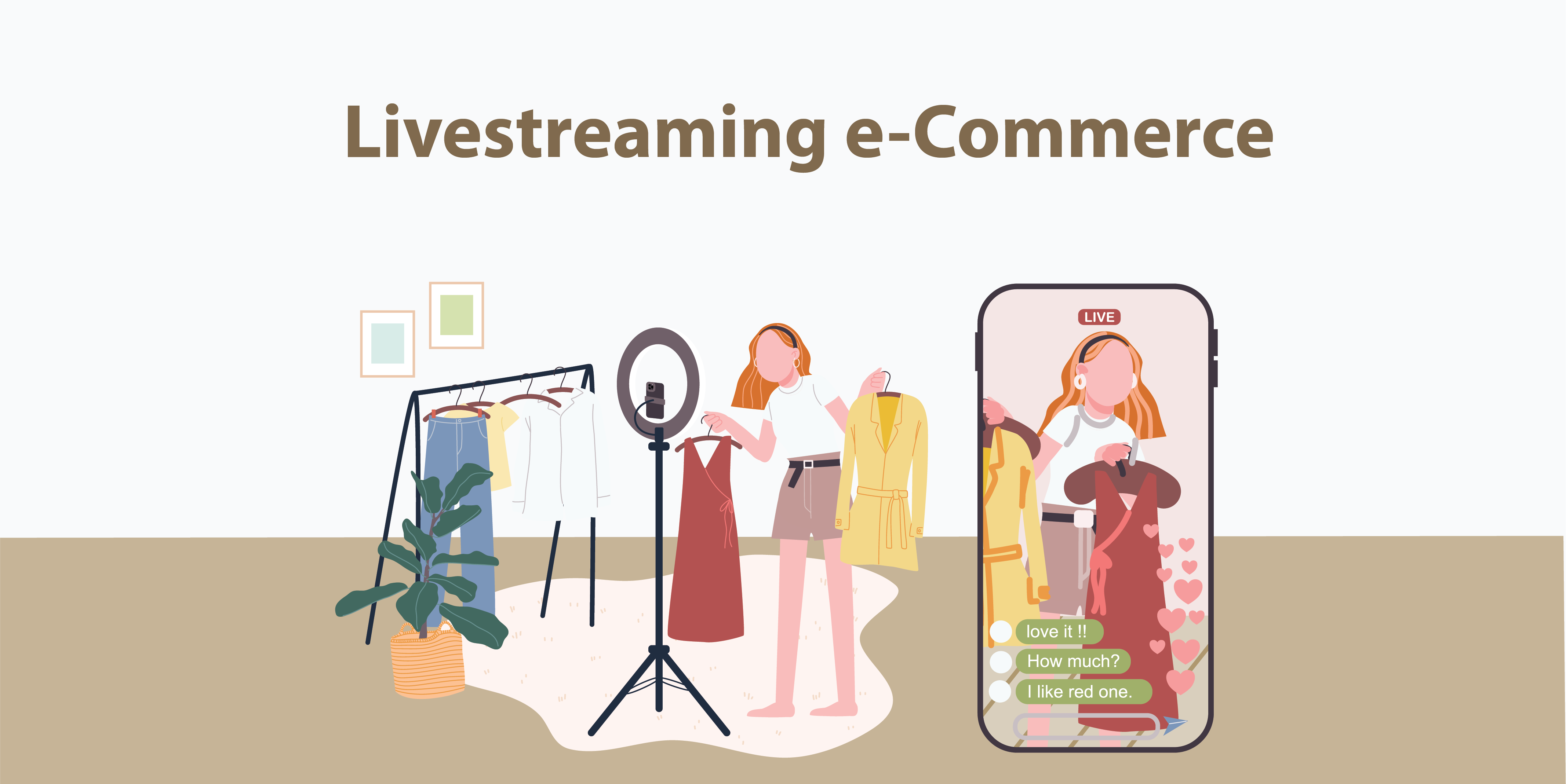 To understand why livestreaming e-Commerce (or live commerce) is so popular in China, you need to know about their shopping and technology culture. Contrary to the West, Chinese consumers skipped the physical stores and PC era and went straight to e-Commerce and smartphones.

Tech giant Alibaba launched Taobao, the first nationwide e-Commerce platform in China, in May 2003. Others soon followed in Alibaba’s footsteps, creating an online marketplace connecting manufacturers, distributors, and consumers. This ecosystem contributed to the rapid rise of online shopping and positioned China as the world’s biggest e-Commerce market. But what is livestreaming e-Commerce exactly, and why is it so popular? Here are some key elements that make it successful:

Livestreaming e-Commerce is essentially promoting and selling products through influencers’ streams hosted on China’s popular online shopping platforms or on influencers’ own social media channels. Viewers can shop, be entertained, and interact with the host and other followers. Livestreaming e-Commerce has been part of the Chinese online shopping landscape since 2016 when Taobao started offering channels on its platform. Shoppable livestreams and livestream apps can now be found on other e-Commerce sites such as JD.com, on Douyin (the Chinese version of TikTok) on fashion e-shops like MOGU, and even on video game platforms.

It allows to sell products fast, it’s as simple as that. Sellers demo products, make direct sales, and receive digital payment instantly. The other main reason is the real-time aspect. Chinese consumers are known to be concerned with the safety, quality, and authenticity of products, and livestream shopping gives them the opportunity to see the products being used, to ask questions, and to validate the quality of a product before they buy it. Finally, COVID-19 accelerated the growth of livestream shopping, connecting shoppers with big brands but also with smaller merchants from local artisans to independent farmers. Real-time interactions mixed with the convenience of e-Commerce is a powerful combination generating billions in annual sales with target audiences including everyone from Gen-Z to seniors.

The role of Influencers

There are tons of influencers in China, from social media bloggers to internet celebrities and KOLs. Key Opinion Leaders (KOLs) are highly regarded by Chinese consumers because of their opinion and their expertise on a topic. They are the kings and queens of China’s livestreaming e-Commerce with billions of fans tunning to their channels everyday. They have created a relationship with their audience, and their followers feel a sense of community and trust that the information they share is reliable. Although the most popular livestream shopping hosts are usually KOLs, other less-known individuals operating from home can become successful. It all depends on the host’s ability to talk enthusiastically about a product and to appeal to a large target audience.

Since the pandemic, livestream shopping has become more than a trend. It’s now considered like the future of e-Commerce in China and is catching on in North America with platforms like Amazon’s streaming service, Google’s Shoploop, and Instagram Live Shopping, engaging shoppers through product demos, collaboration, and interactions.

Numbers speak for themselves

Livestream shopping has not been labelled the future of e-Commerce for nothing. Here are a few statis-tics that should convince businesses to include it in their strategy to drive sales:

OTT Pay’s expertise in mobile payments and thorough understanding of the Chinese consumer market has always enabled us to anticipate what was required, and the livestreaming service that we launched in December 2020 is a perfect example.

For more information about OTT Pay’s digital payment and e-Commerce solutions, please reach out to our Customer Support service team at (+1) 800-688-9838 or info@ottpay.com.